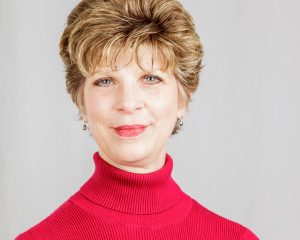 Karen S. Eddinger joined the Trinity staff as Minister of Music in August 2011. She had previously served as Trinity’s Music Intern and Assistant Director of Music from 1981-1989, during which time she began the church’s handbell program. Immediately prior to rejoining the staff at Trinity, Karen was the Minister/Director of Music at St. John’s (Hain’s) UCC, Wernersville, PA, where she served for twenty-two years. In addition to church work, Karen is the accompanist for the Women’s Chorale at Albright College.  She was also the Choristers Director of the Berks Classical Children’s Chorus, a position she held from the organization’s inception in 1992 through spring 1996.

Natives of Oley, Karen and her husband, Ron, continue to live in the Oley Valley.  They have three grown sons, Geoffrey, Zachary, and Jesse.  In her spare time, Karen enjoys disc golfing and knitting prayer shawls.

In "V. Improvisation" from Wilbur Held's Sketches for Organ, Wilbur indicates the use of a wedge. This wedge. carefully placed between two keys, holds down a key, allowing that note to continue to sound, freeing the player's hands to play other notes, in this case on a different manual. ... See MoreSee Less

Who are the blessed ones of God? For Micah, they are those who do justice, love kindness, and walk humbly with God. For Paul, they are the ones who find wisdom in the weakness of the cross. For Jesus, they are the poor, the meek, the merciful, the pure in heart, the peacemakers, those who mourn, and those who hunger for righteousness. In baptism we find our blessed identity and calling in this countercultural way of living and serving.
Follow along with our worship bulletin: trinityreading.org/wp-content/uploads/2023/01/1.29.23-Epiphany-4-final-final-final.pdf
... See MoreSee Less

What does it mean to follow Jesus? What changes do we need to make in order to accept that invitation fully and freely? Who will we invite to join us along the way? ... See MoreSee Less