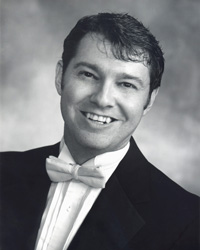 Dr. Rändel Wolfe joined the staff of historic Trinity Lutheran Church in October 1999. He served as the Director of Music & the Arts through 2010. Rändel was named Director of Music & the Arts Emeritus when an illness prevented him from continuing his ministry. He joined the church triumphant in April 2013. As an on-going testimony to the musical gifts of our brother in Christ, we established the Rändel L. Wolfe Memorial Concert Series to provide support for organ recitals and concerts throughout the year.

These concerts are supported through patron contributions. If you would like to make a gift to support the Rändel L. Wolfe Memorial Concert Series please mail contributions to the church office.

This concert is presented in partnership with the Reading Branch NAACP

‘As I Am Project’ is a creative recital of sacred /secular music and narration including Spirituals, Art Music, Traditional Gospel, Musical Theatre and Opera. The recital will begin with organ works composed and/or arranged by African and African Americans. Dr. Anthony Leach, organist, is professor emeritus at Penn State. Mr. Christyn Seay, a native of Harrisburg, PA will perform concert arias, spirituals and art songs for solo voice. Allyson Kaye Daniel, soprano is a native of Washington, DC and currently based in New York City. A veteran Broadway and off-Broadway performer, Ms. Daniel will perform spirituals, traditional gospel and selections from Musical Theatre. Mr. Denzel Fields, lyric baritone is a native of Memphis, TN. After graduating from Morehouse College, he pursued the MFA in Acting at Penn State. Currently based in NYC, Fields will present ‘As I Am,’ a riveting and personal journey that chronicles his artistic development in music, dance and acting. 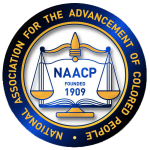 This event is part of Trinity’s Rändel Wolfe Concert Series. A free-will offering will support the Reading Branch of the National Association for the Advancement of Colored People (NAACP) whose mission is to secure the political, educational, social, and economic equality of rights in order to eliminate race-based discrimination and ensure the health and well-being of all persons. 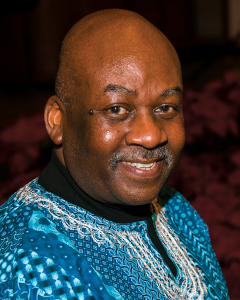 Anthony T. Leach, retired professor of music/music education was director and founder of Essence of Joy. He served as conductor of the Penn State University Choir from 1994 – 2015 and taught undergraduate and graduate courses in choral music education. Leach also coordinated the African American Music Festival at Penn State. Leach holds the PhD in music education and the M. M. in conducting from Penn State, and a B.S. in music education from Lebanon Valley College, Annville, PA. Leach received the President’s Award for Engagement with Students in 2007. During the 2009 – 2010 academic year, Leach served as Penn State University Laureate. Leach received the Brazeal Dennard Award from Chorus America in 2017 and the Penn State Lion’s Paw Association Award in 2018.

Leach continues to serves as conductor of the Essence of Joy Alumni Singers and Essence 2 Ltd. He is also director of music, worship and the arts at Monumental AME, Steelton, PA. Dr. Leach is a life member of the American Choral Directors Association. Professional affiliations also include the Gospel Music Workshop of America and the National Association for Music Education. 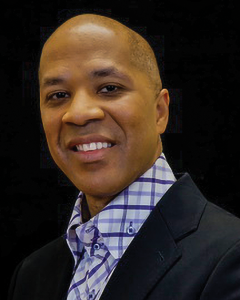 Christyan Seay, tenor is a graduate of the Pennsylvania State University and a resident of Harrisburg, Pennsylvania. He studied voice with the late Dr. Thomas Houser and Dr. Anthony Leach (Pennsylvania State University). Active in recital, oratorio and opera, Mr. Seay has performed extensively throughout central Pennsylvania and abroad, including performances with the Harrisburg, Lancaster and West Shore Symphonies, The Pennsylvania Consort, the Harrisburg Opera Association, Opera Lancaster, Opera North and Concert Operetta of Philadelphia. His repertoire spans a varied list of traditional composers including Brahms, Handel, Haydn, Bach, Lizst, Mahler, Mozart, Mendelssohn, Schubert, Schumann, Vaughn Williams and Verdi as well as contemporary works by H. T. Burleigh, Leslie Adams, Margaret Bonds, Leslie Burrs, and Marques Garrett. He has performed at Weill Recital Hall in New York City as well as Smetana Hall in Prague (Czech Republic) and other venues throughout Europe. 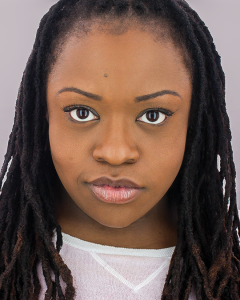 Allyson Kaye Daniel is a Penn State Musical Theatre and Essence of Joy Alumni. Originally from Washington, DC she attended the prestigious Duke Ellington School of the Arts before attaining her BFA. As a child in DC she performed with many acclaimed groups including Washington Performing Arts Society’s Children of the Gospel. There she developed a love for choral music which she has sustained. In addition to pursuing a successful acting career, Allyson teaches Choral Music at Frederick Douglass Academy in Harlem, NY. Favorite professional credits: Lion/THE WIZ, Oda Mae Brown/GHOST, Miss Jones/HOW TO SUCCEED.., Killer Queen/WE WILL ROCK YOU, Church Soloist/THE COLOR PURPLE. 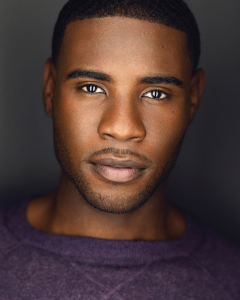 Denzel Fields is currently participating in the developmental lab of the New Group’s off-Broadway musical, BLACK NO MORE, based on the satiric novel of the same name by George S. Schuyler with music & lyrics from The Roots. Fields was most recently seen in The Public Theater’s critically acclaimed Shakespeare in the Park production of MUCH ADO ABOUT NOTHING, under the direction of Kenny Leon. The production was filmed to air on PBS later this year. Prior to that Denzel wrapped Yale Repertory Theatre’s production of TWELFTH NIGHT, under the direction of Carl Cofield. Fields booked both productions immediately after graduating from Penn State University’s MFA program. His previous theater credits include the Classical Theatre of Harlem’s production of ANTIGONE at both the Richard Rodgers Amphitheatre and the Lincoln Center Institute. Regionally, Denzel’s credits include Born for This: The BeBe Winans Musical at The Alliance Theatre, Gee’s Bend at Baldwin Burroughs Theatre, and Othello at Pavilion Theatre.

Westminster Choir College graduate, Julianne (Michalik) Maggio, who is currently an Elementary General and Vocal Music teacher at Kutztown Area School District, presents a well-played recital of classical piano pieces. She is joined by her husband, Andrew, also a WCC grad, for a vocal and piano piece. ... See MoreSee Less

If Jesus is the vine and we are the branches, what does that say about the way we relate to one another? (What fruit has God given you to bear this week?) ... See MoreSee Less